Kidney cancer: Diagnosis is difficult, but early detection may save a life

Pain in the sides of the back, blood in the urine. These symptoms can indicate a variety of kidney conditions – including kidney cancer. Unfortunately for cancer patients, by the time these symptoms appear, the cancer has often already metastasized, and the window for the most effective treatment has already passed. 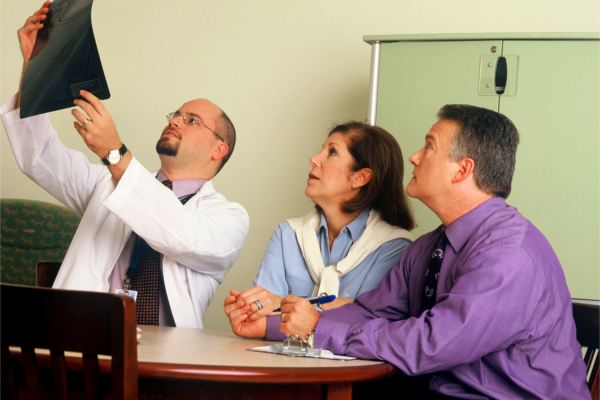 In honor of the first ever World Kidney Cancer Day, German urologist Dr. Christian Wülfing, Head of Department of Urology at the Asklepios Clinic Altona in Hamburg, Germany, explained the medical background of kidney cancer – and emphasized the importance of early detection.

Kidney cancer is the third most common tumor illness in the urology practices and departments in Germany. If it is detected early, it can be treated effectively. Important to know: The individual lifestyle of the patient has a huge effect on the treatment success.

Prevention: What patients can do

Early-stage kidney tumors are difficult to detect. They often appear without symptoms, and when symptoms do appear, they’re not necessarily indicative of cancer.

“Many of them (kidney tumors) are randomly discovered during an ultrasound examination,” explained Dr. Wülfing. “But 75 percent of all kidney tumors are detected in the early stages – and therefore respond well to treatment.”

Although the exact causes of kidney cancer are relatively unknown, there are certain lifestyle factors that can increase your risk of developing it: Smoking, being overweight, high blood pressure and a sedentary lifestyle are recognized as risk factors for kidney cancer, according to the urologist.

“On a positive note, these factors are within individual control, so people can take their health into their own hands – whether they’re genetically predisposed to cancer or not.”

Kidney cancer treatment in Germany involves a highly personalized treatment program based on the individual situation. Treatment may range from active surveillance to various types of oncological surgery to complex systematic therapies such as radiation or medication.

“In early stages, or later stages if the cancer is localized, surgery is unavoidable. The operations are typically minimally-invasive, and when possible, we try to preserve the organs,” said Wülfing. “Patients who undergo surgery must follow regular, risk-adapted aftercare plans in order to quickly detect a recurrence.”

For metastasized tumors, medication is the go-to treatment option. Currently, there are ten different medications in Germany which have been approved for treating kidney cancer.

Meanwhile, the Asklepios Clinic Altona in Hamburg, Germany offers treatment with the most modern surgical robot system in the world: the “da Vinci Xi” system. The high-tech operations are performed by specialists from different medical fields and from different clinics in Hamburg. Dr. Wülfing is among the doctors trained to use the surgical robot. The operations are minimally-invasive and particularly gentle for the patients.

“The patients profit from the robot-assisted operation methods, which include shorter operating times, less loss of blood and a shorter recover phase after the operation,” Dr. Wülfring said. “In many cases, we can operate even less invasively than with other minimally-invasive methods.”