The future of medicine is here: The Asklepios Klinik Altona in Hamburg, Germany has acquired a state-of-the-art da Vinci Xi surgical robot. The robot, guided by one of the hospital’s leading surgeons, has already completed its first successful operation: a radical prostatectomy on a cancer patient.

The DaVinci system is a machine used for robot-assisted surgery, in which a human surgeon guides robotic arms to perform surgery on a patient. The surgeon sits at an ergonomically-designed control station nearby and views the operation site through a high-definition, 3D camera. 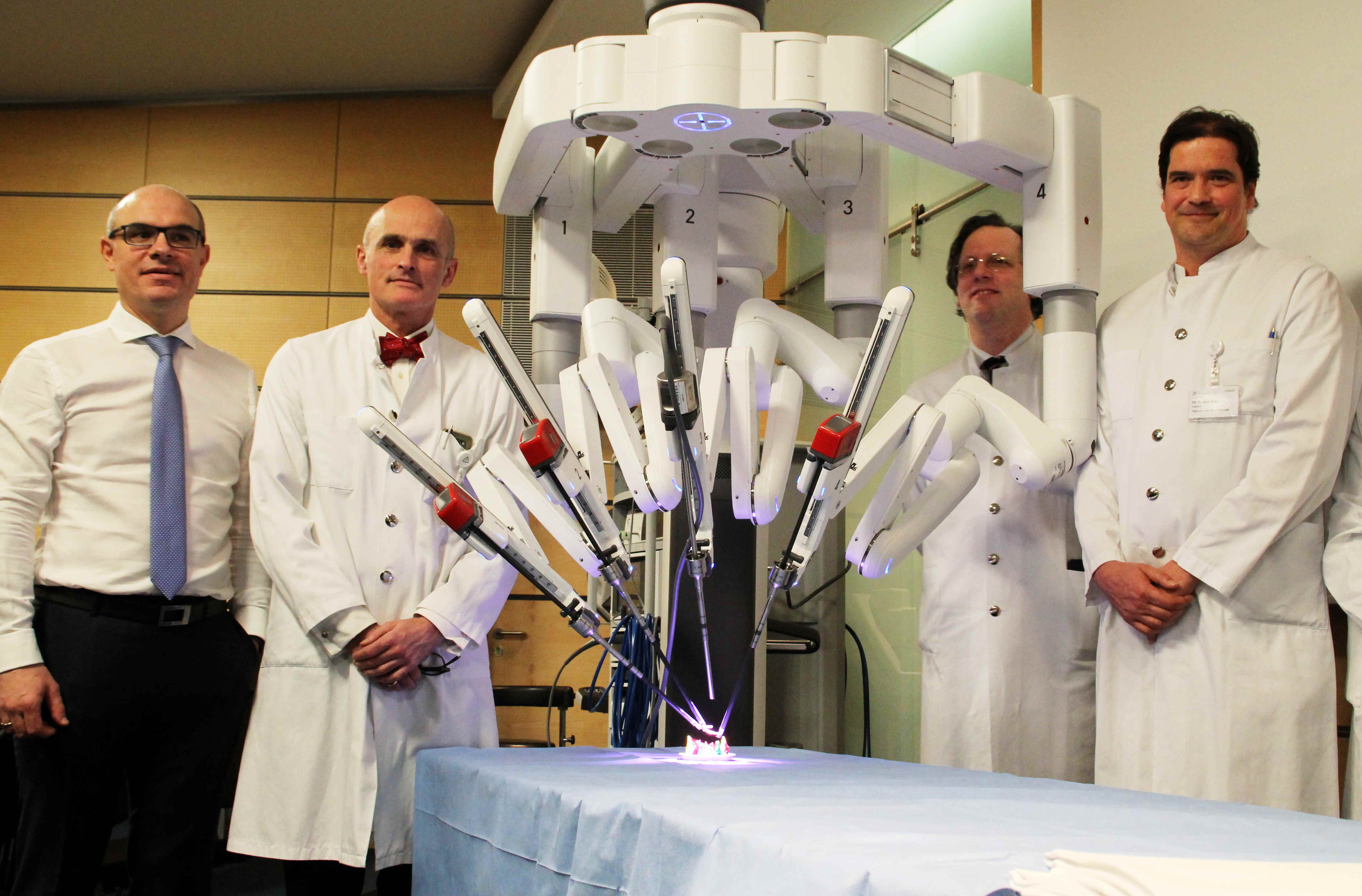 On the second of February, Head of Department of Urology Christian Wülfing performed a radical prostatectomy on a patient with prostate cancer using the robotic system. Dr. Wülfing was able to remove the tumor without significant blood loss for the patient, and was able to preserve the patient’s blood vessels and nerves, meaning the risk of the patient developing urinary or sexual conditions is very low. The patient is expected to make a full and speedy recovery.

The da Vinci system was developed to assist with complex surgical procedures, and is most often used for oncological surgery.

There is a growing list of disciplines for which the device has been approved. At Asklepios Klinik Altona, Heads of Department from the disciplines of urology, gynecology, head and neck operations and abdominal surgery have been trained to use the technology.

The Hamburg clinic has purchased the latest generation of surgical robots, the da Vinci Xi. Surgical robots have existed since 2001, with new generations being released every two to four years. The da Vinci Xi is the only one of its kind in the greater Hamburg region. 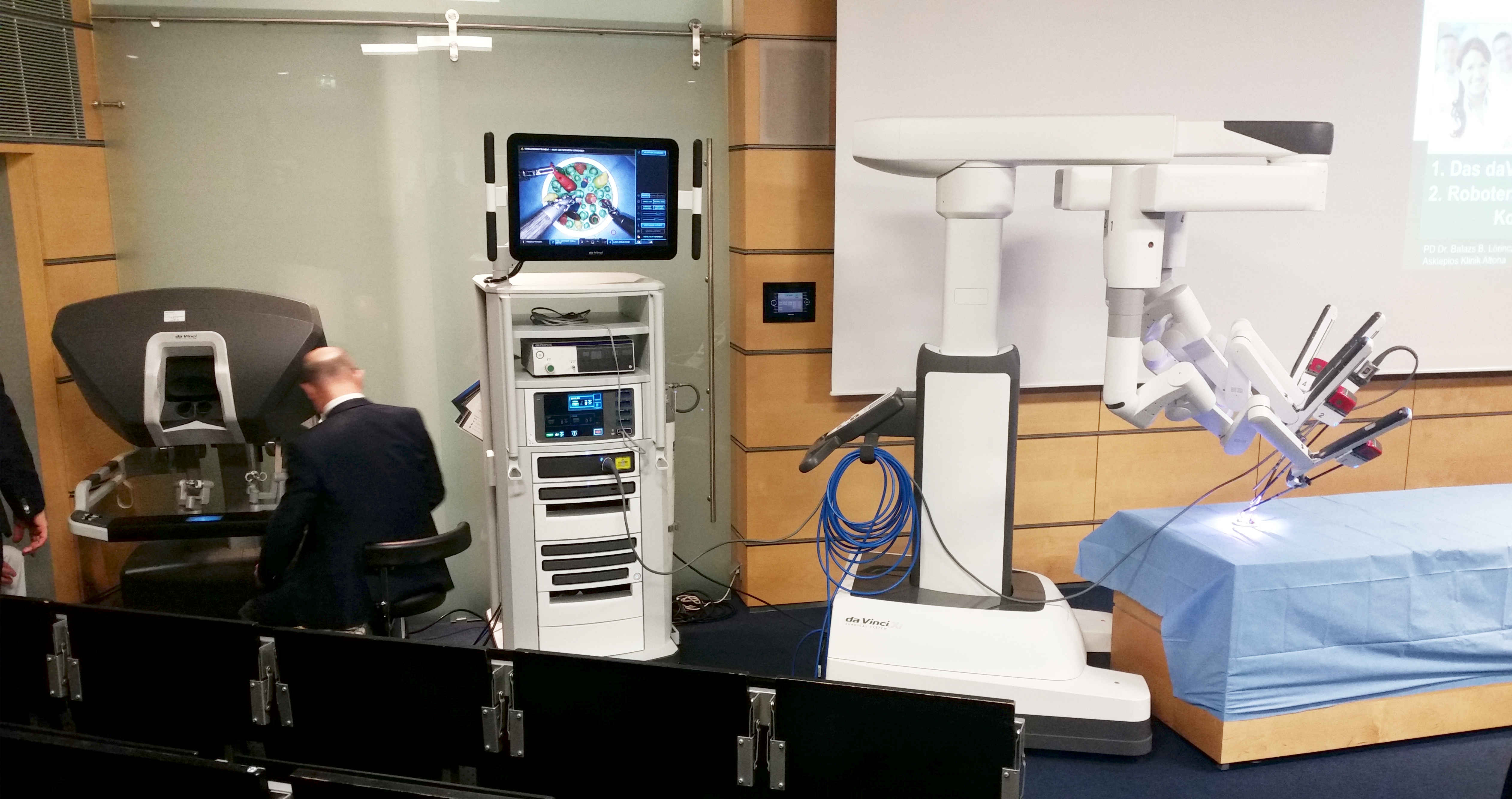 The system consists of three parts: the control for the surgeon to direct the movement, a high-definition video screen, and four highly-precise robotic arms, the ends of which can be fitted with many different surgical instruments. 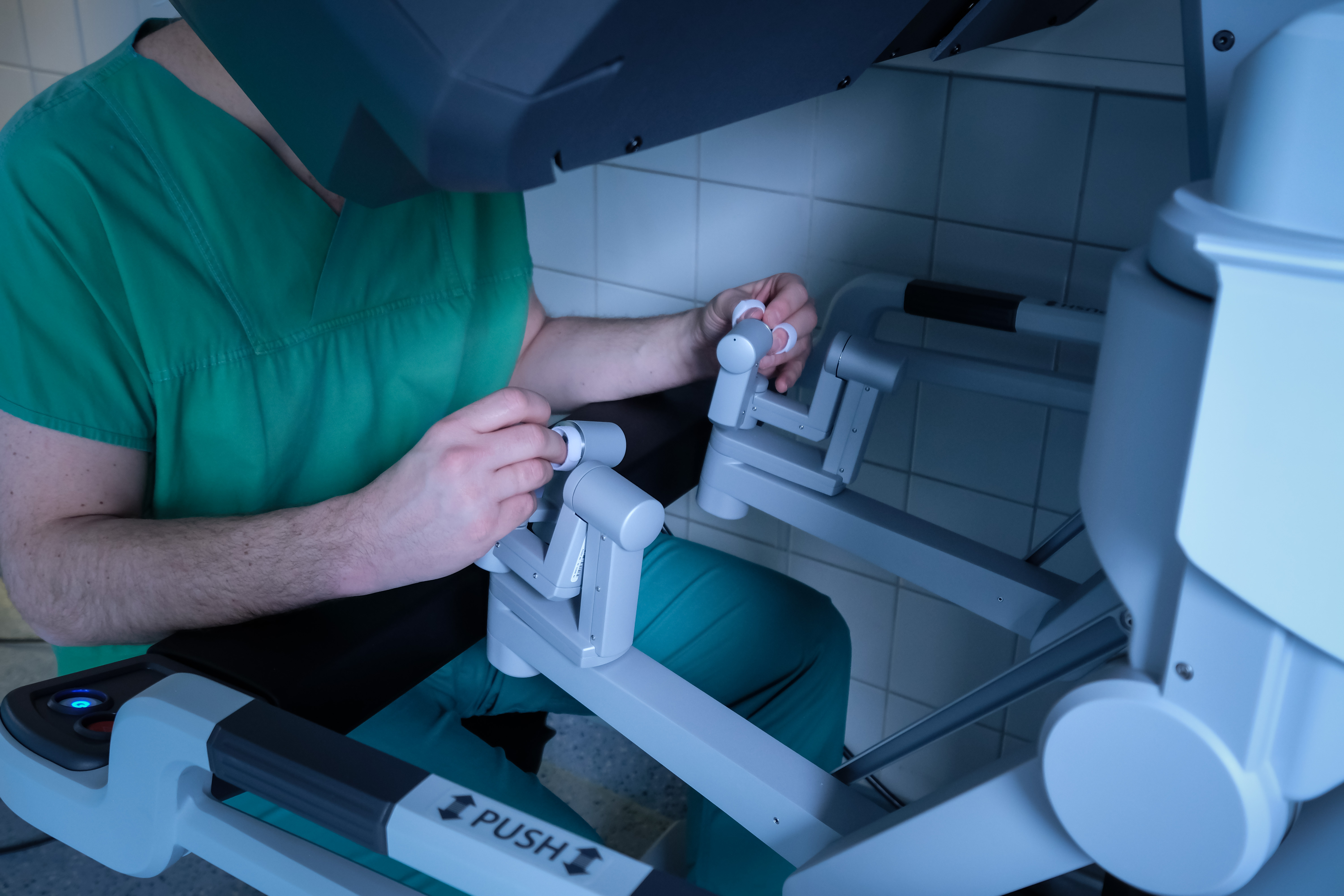 The control system is highly intuitive: it allows the surgeon to move their hands more-or-less normally as if they were performing the surgery. Their movements are translated into even smaller, more precise movements by the robotic arms.

The image the operating surgeon sees is created by dual cameras, allowing the surgeon to have a 3D view of the operating area. The image is extremely high-definition, and the surgeon can move the camera and zoom from the same controls where they operate the surgical instruments.

The robotic arms are able to bend in ways a surgeon’s wrists or an endoscope cannot, allowing for an incredible range of movement even during minimally-invasive surgery. The improved access and greater flexibility makes this system particularly adept at resecting and removing tumors. 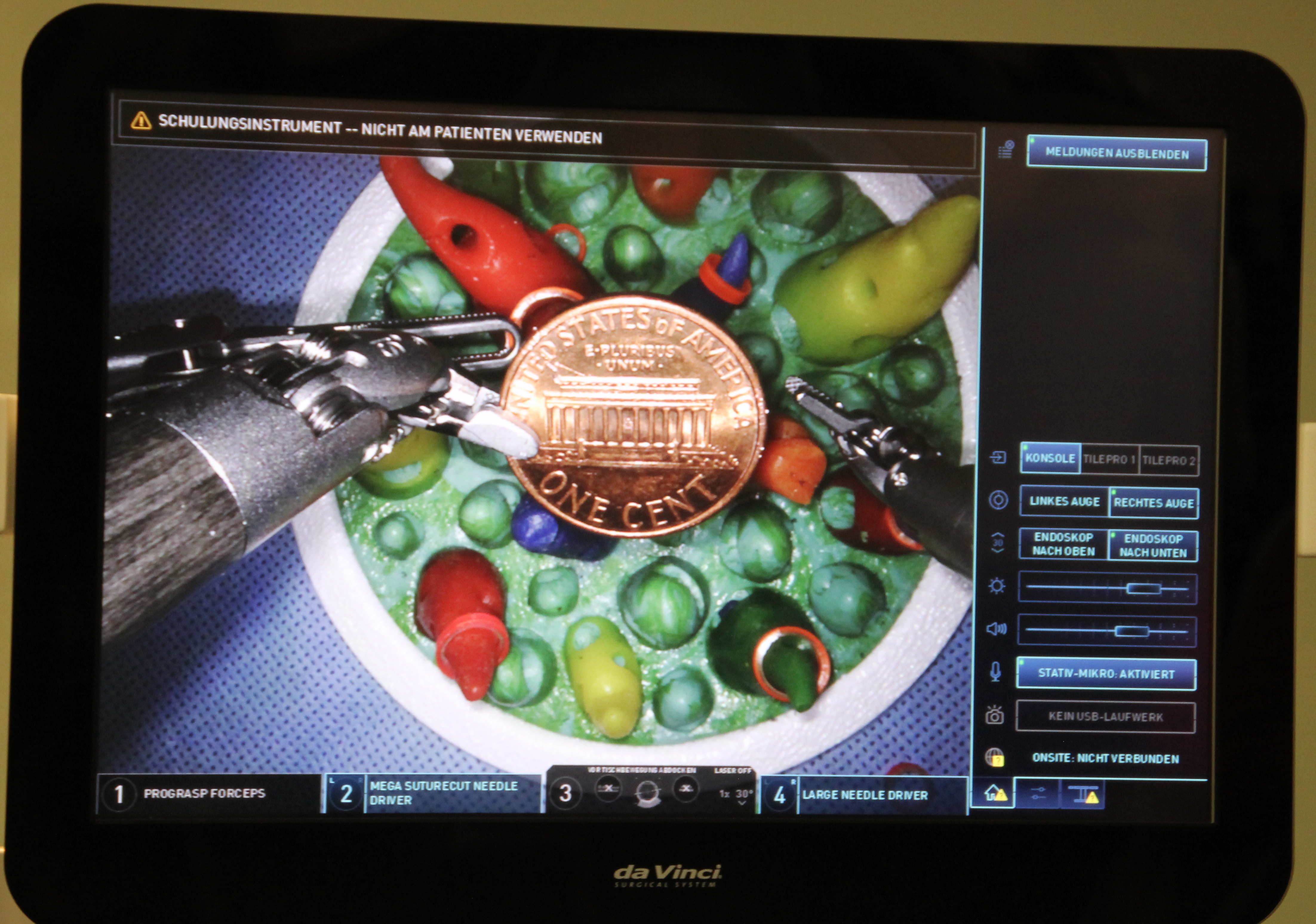 The superior high-definition visuals also allow doctors to see the area they are operating on in a way that is usually not possible with minimally-invasive surgery. Normally, when operating through an endoscope or a small incision, the surgeon’s field of vision is limited. The surgeon must sometimes perform such surgeries with the help of imaging technology such as CT or X-ray. With the da Vinci robot, the surgeon has greater freedom of movement with the cameras and can view the operating area from different angles and with higher-definition. The dual camera system allows the surgeon to get a 3D view of the operating area, and the camera can also zoom up to 10x without losing any definition.