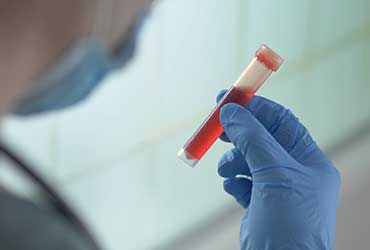 A Cure for Cancer?

Not yet, but blood testing may detect earlier

Researchers at the University of Bradford in the UK are very close to publicly releasing a universal blood test to “rule in, rule out” major forms of cancer. They claim this breakthrough test can measure DNA for damage to the white blood cells after having been exposed to various intensities of UV light. In people with cancer, these measurements show the different ways the cells are vulnerable to more damage, allowing scientists to determine if cancer is present.

Currently, doctors have various ways of detecting cancer including blood/urine laboratory tests, biopsy, endoscopy, genetic testing and various forms of imaging tests. However, these customary tests can be expensive and take weeks to get the results. What makes this test different is that it has been developed to be a generic test for cancer and does not look for a specific biomarker or mutation. The researchers at the University of Bradford, under the direction of Prof. Diana Anderson, have partnered with IMSTAR to bring the test to market. The partners are hopeful that this test could be the first screening tool to detect several types of main cancers.

Both partners’ motivation for developing a more reliable screening is clear – cancer is one of the leading causes of death worldwide. In 2018 alone, approximately 18 million cases of cancer were diagnosed all over the globe, and this number is expected to rise to 23 million by 2030 (Source: American Institute for Cancer Research). As in the past, the most common forms of cancers worldwide continue to be lung and breast cancers, followed by colorectal cancer.

The University reports that in the first trials conducted on lung, breast and colorectal cancer cells in 2014, the cancer-detection predictability rate was already 93%. And although those were extremely encouraging results, the University of Bradford admits that they later received some conflicting data when they added prostate cancer cells to the study. In those trials, a test sample of 700 cases of colorectal and prostate cancer was inconclusive for 60 cases. Therefore, IMSTAR, a technology company based in Paris, was brought in to further analyze the results to determine why these cases went undetected.

Using their powerful Pathfinder cell-reader analyzer, the IMSTAR researchers discovered that the system used in the inconclusive study made errors that caused the failed results. In fact, IMSTAR’s Pathfinder system was able to accurately separate cancer-free samples from the cancer-containing ones successfully.

If the trials go as well as expected, the Bradford team plans to develop an advanced and reliable cancer-detecting test called TumorScan, which could possibly revolutionize cancer diagnosis. They aim to create a liquid biopsy blood test for the general market that is safe, reliable and sold at an affordable cost with a fast turnaround for lab results.

DISCLAIMER: The information contained on this website should not be used as a substitute for the advice of an appropriately qualified, licensed physician and/or other health care provider. The information (including text, graphics, images, newsletter and other such information) contained on or available through this website is provided for informational purposes only. Please check with a physician if you have health questions or concerns. Premier Healthcare Germany assumes no responsibility for the accuracy of information contained on or available through this web site, and such information is subject to change without notice. Although we attempt to provide accurate and up-to-date information, no guarantee is made to that effect.