A Hamburg clinic is making leaps and bounds in its treatment of acid reflux. After recently acquiring a state-of-the-art surgical robot, surgeons at the Asklepios Clinic Altona have successfully used the robot to complete a high-tech surgical procedure to cure heartburn. 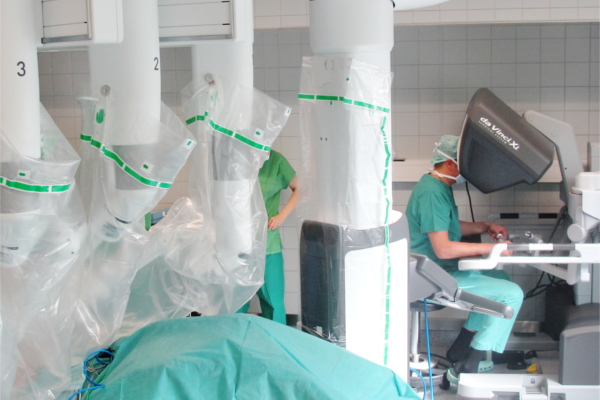 Surgeons used the Da Vinci Xi system to implant a reflux pacemaker, a device which treats acid reflux by helping the muscle between the stomach and the esophagus close completely.

“Patients with acid reflux are suffering because stomach acid keeps flowing into their esophagus,” said Prof. Dr. Gero Puhl, Chief Doctor for the Department for General, Visceral and Vascular Surgery at Asklepios Klinik Altona, who performed the procedure. “This is not only painful, but increases their risk of cancer.”

Normally, the first line of treatment for patients with acid reflux is medication – specifically, certain types of acid-blocking drugs. But these drugs have side effects, and some patients do not tolerate them very well. And some studies suggest long-term use of such drugs can cause an increased risk of other health conditions. For patients whose symptoms cannot be managed with medication, this type of surgery may be able to help.

28-year-old Ursula Koch suffered for two years from severe acid reflex. The German woman felt a constant burning in her chest, as if she had swallowed vinegar. She couldn’t sleep at night because her stomach acids would rise all the way up to her mouth. She was afraid of suffocating.

On the very next day following the procedure, Ursula’s symptoms were gone. Now, she can eat what she wants and has no trouble sleeping at night.
Ursula is one of 95 percent of patients who, after the operation, was able to significantly reduce the amount of acid-blocking drugs they were taking. 75 percent are able to completely stop taking the drugs altogether.

“The treatment goal with the reflux-pacemaker is to allow patients to stop taking these medications, and to prevent the side effects that come from taking the medications long-term,” said Dr. Puhl.

In this procedure, two electric cables are sewn into the muscle between the esophagus and entrance to the stomach. The cables are connected to an impulse generator the size of a matchbox, which is sewn into the abdominal wall. About the size of a credit card, the device can be implanted using minimally-invasive surgery.

“The reflux-pacemaker stimulates the nerve tissue and causes the esophageal sphincter to close using its own muscles, so that no acid can flow back and damage the mucous layer of the esophagus,” explained Dr. Puhl. “With this, the pacemaker improves the body’s own functions without fundamentally changing the anatomy in the area.”

This type of surgery was first used in the Clinic Siloah-Ostadt-Heidehaus in 2016 in Hannover, which has a specialized center for reflux pacemakers. Asklepios Clinic Altona has recently introduced the procedure, and plans to expand its use in the future. 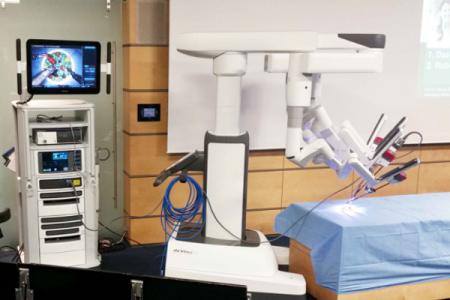 Utmost precision even in tight spaces: the advantages of robot-assisted surgery

The Hamburg Asklepios Clinic Altona purchased the Da Vinci Xi surgical robot in February. Controlled by a human surgeon, the device consists of four highly-precise robotic arms with interchangeable surgical instruments at the tips. The system has a greater range of motion and more precision than a human surgeon, which is necessary in this procedure because the operating space is so tiny: just two by two centimeters.

“The advantage of this robot-assisted operation method are clear: maximum precision within an extremely tight operating space,” said Dr. Puhl. “This is possible because of the high level of magnification and the enormous freedom of movement of the instruments.”

Professor Ahmed Madisch from the Reflux Center of the Siloah Hospital is convinced by the new technology. It is particularly suitable for people who cannot tolerate acid-blocking drugs. Because of this, Madisch hopes that the procedure will soon become standard therapy for acid reflux.