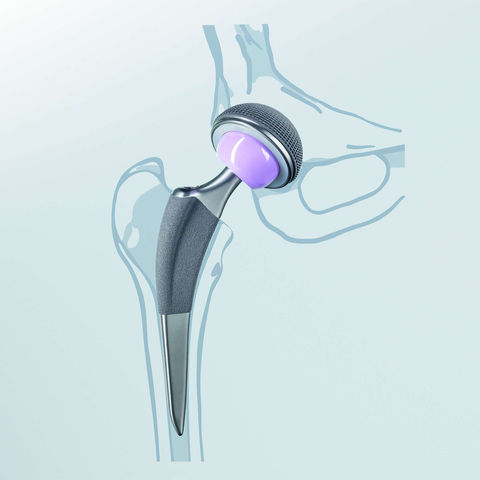 Hip replacement, also referred to as "total hip arthroplasty," is a common orthopedic surgical procedure in which the hip joint is replaced by a prosthetic implant. The surgeon may replace one hip joint or both at the same time. It may be performed as open or minimally-invasive surgery.

Modern implants usually consist of an artificial hip stem which will be implanted and anchored in the femoral shaft, a femoral head and an acetabular cup. Usually this procedure is conducted to relieve pain from arthritis of the hip, or to repair severe damage to the hip joint, such as a fracture. 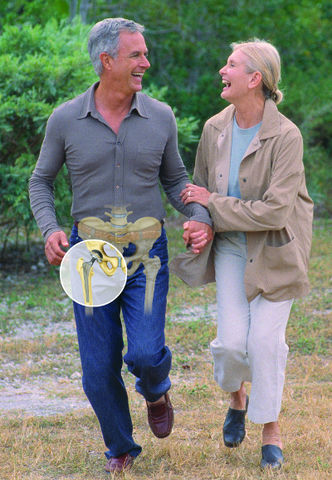 As people grow older, they are susceptible to a number of age-related diseases which can lead to joint problems. Arthritis causes joints to become stiff and painful. Osteoporosis, or a loss in bone density, makes bones more brittle and susceptible to break. And lack of balance and difficult coordination that accompany old age can cause people to fall and injure themselves.

Hip replacement surgery is a common procedure performed to treat arthritis pain or in some cases a hip fracture. The hip replacement operation has been around since the 1960s and is considered a standard procedure in orthopedic surgery.

Advancements in technology and surgical techniques have caused the procedure to become even less-invasive, longer lasting and more effective than earlier treatments.

Germany has an excellent reputation for its orthopedic surgery - and for good reason. German surgeons are extremely experienced at hip replacement surgery, typically performing more than 200,000 procedures per year. Approximately one percent of Germans over age 70 receive a hip replacement in their lifetime. As the population in Germany ages, demand for hip replacements remains steady, and German doctors are highly motivated to make improvements in this common procedure. Sinking rates of complications, short hospital stays and longer-lasting materials have lead to extremely high rates of patient satisfaction.